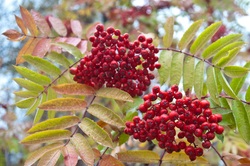 Through the Tlingit people’s lengthy history of reliance on their habitat, many of their delicacies involve plants and animals native to Southeast Alaska. Living near the sea, fish, caught with harpoons, nets, and bone fishhooks while on canoes are commonly seen in contemporary Tlingit dishes. Halibut, herring, cod, and salmon can be cooked in a variety of ways and preserved for colder months, when arts, crafts, and gatherings were typically performed. In addition, seal, clams, shellfish, fish eggs, venison, and berries were also eaten. While Tlingit food is still being prepared in accordance to original methods, influences, such as American modernization and immigrants to the area, have altered some cuisine. For example, an influx of Filipino residents has made rice a staple in a Tlingit meal. Many dishes, however, are consumed in tradition with former Tlingit ways. Xàkwl&NA;ee , for example, is a dish consisting of berries whipped with seal oil. Sea greens, or sukéitl&NA, cherub roots, and wild celery are often consumed.